As a culmination of the HAFS program, Scarborough Arts held a public event on April 19, 2018 to launch a print and online anthology, a photography exhibition, and a collection of audio recordings. All materials are translated in English and in Mandarin. You can view cover art below and an online edition here.

I’ve facilitated a number of writing workshops for my friends in the east end, so I had a pretty good idea how I wanted to run the 2018 session. Until I got this email from Diana, the session’s co-facilitator:

So, I can tell you that the group so far consists of two English-speakers and 10 Mandarin-speakers. Most of the participants cannot read or write in English. We have hired interpreters to help out . . . will this pose any hurdles for you?

I told Diana there would certainly be a hurdle or two but I probably wouldn’t know what they were until after our first session. Behind the scenes I’ll confess to some nerves. Mandarin isn’t something you can just fake your way through. And so we went forward, everyone doing the best they could. Diana kept order. I offered up exercises. Nancy, our interpreter, translated back and forth. At the end of the first session, I asked if there were any questions. There were, and they amounted to the same thing: Could I please tell them in advance what the exercises were, so they could complete them at home where they had more time and privacy?

I protested that what I really wanted from them was the opposite. To write without expectation and to write quickly, before self-doubt and self-criticism took over and erased the magic we were trying to capture on the page. They were polite. They said they would try. But in the end what helped us move forward was not adhering so tightly to the AWA method as much as loosening its strings.

In my regular workshops, protecting the artist’s self-esteem is paramount. We don’t allow questions of those who read freshly written in-group work and we treat everything we hear as fiction. In the HAFS workshop, those concerns barely registered. Our group members had spent much of their lives in China, and in a culture much different than Canada. They wanted to talk about these differences. They were quite willing to own and share their opinions. So we moved forward with exercises geared more towards culture and family, leaving notions of fiction (mostly) behind.

The dumplings didn’t hurt either.

“I like dumplings,” I said. It didn’t take long for a potluck plan to come together. I brought homemade potato pancakes. The dozen group members probably brought enough soups, dumplings and salads to feed a gathering of 30. I’m glad to have played a small part in shepherding content into the first HAFS anthology. I also posed for photos with some of the group members, who requested a shot with the “hot teacher.” It wasn’t the most prolific of workshops I’ve been involved in. But it was the tastiest and one of the most memorable. 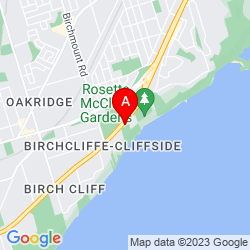 The Book of the New Sun
Author: Gene Wolfe